30th Anniversary of the Reconciliation Mass

Bishop Waldemar Pytel's speech on the 30th anniversary of the Reconciliation Mass – Krzyżowa 12.11.2019

Dear Sisters and Brothers in Christ!

Dear Ladies and Gentlemen,
lack of reconciliation and anger. Grief and resentment. Claims and fear. One side against another, brother against brother and tribe against tribe. On the one hand, feeling of the harm caused and the loss of something, which belonged to. On the other hand, at the same time fear, remorse, and the question which does not allow us to sleep: Will we ever forgive? Will our relations come back to their proper tracks? Can they still be good between us after the harm I have done?

We cannot change history. That is for sure. The way that we have done by our feet is always left behind us with everything that has met us there. Both beautiful and breathtaking views and breakdowns, tragedies, experiences. Two brothers, whose emotions and doubts I want to remind us, must have understood it well. Their history can be found at the beginning of the Bible.
Their past was difficult. There were Jacob’s fraud and Esau’s heartrending cry of anger. Hands reaching out for an undue blessing and the following live of a man tormented by remorse and fear of revenge that is coming back still. However, the brothers bring their story to one of the most beautiful and bracing parts of the Bible. To sincere and coming from a heart’s need for reconciliation and forgiveness. 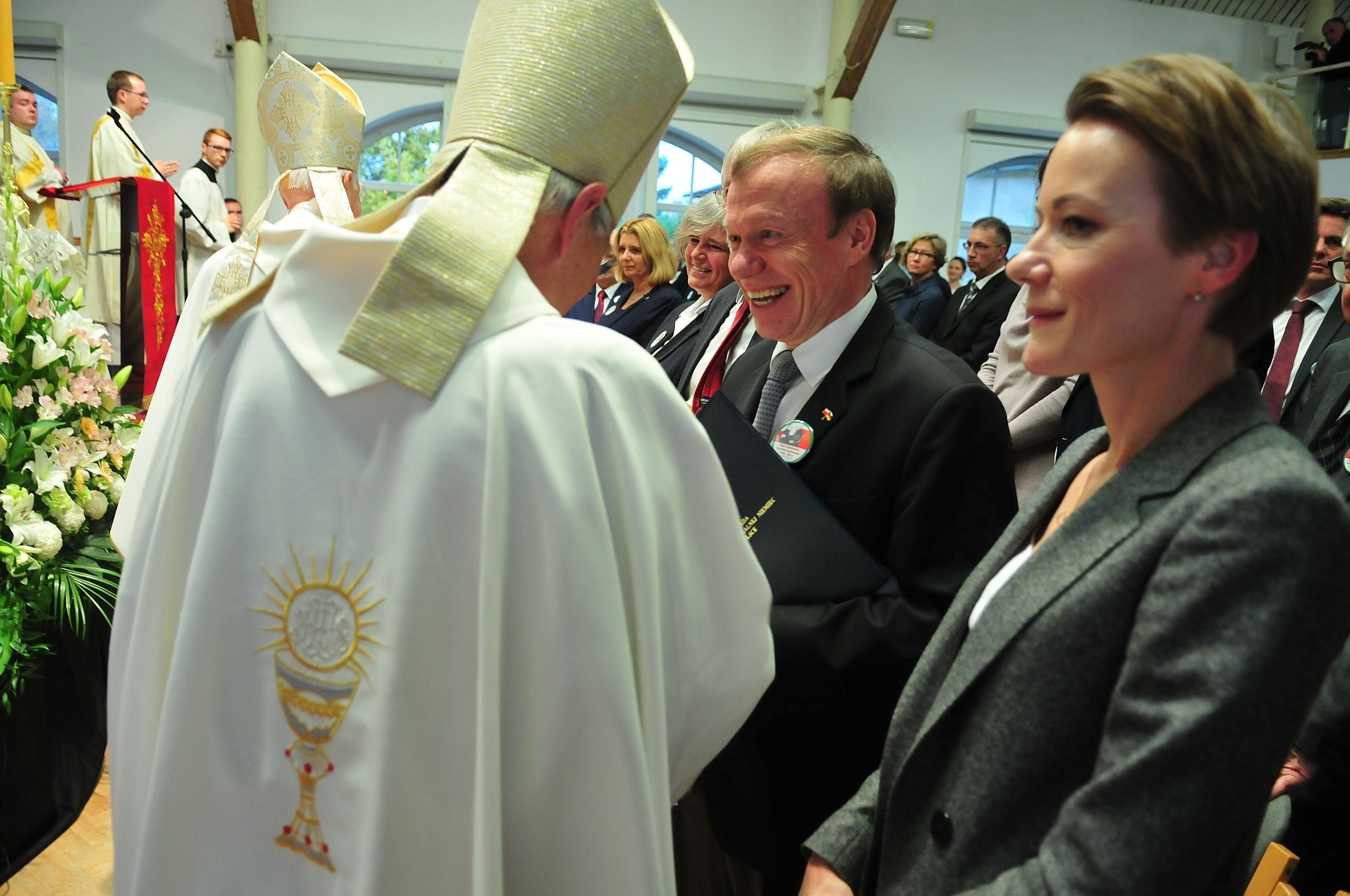 The celebration of the 30th anniversary of the Reconciliation Mass began with a special Holy Mass commemorating the events of 12 November 1989. The Holy Mass, chaired by Archbishop Alfons Nossol, was concelebrated by Archbishop Ludwig Schick, Archbishop Victor Skwarc and Bishop Ignacy Dec.

The celebrations on November 12, 2019 in Krzyżowa had an international and ecumenical character. The ceremony was also attended by clergymen representing the Evangelical-Augsburg Church, including Bishop Waldemar Pytel (Diocese of Wroclaw Evangelical-Augsburg Church in Poland), who during a speech emphasized the importance of reconciliation and the need to seek peace at all times.

We recommend pictures taken by Wiktor Bąkiewicz and Fundacja "Krzyżowa".

In order to emphasize the exceptional character of this event, during the jubilee celebrations were read out letters to the participants from Prime Minister Mateusz Morawiecki and Chancellor Angela Merkel.

Below you can find both letters. 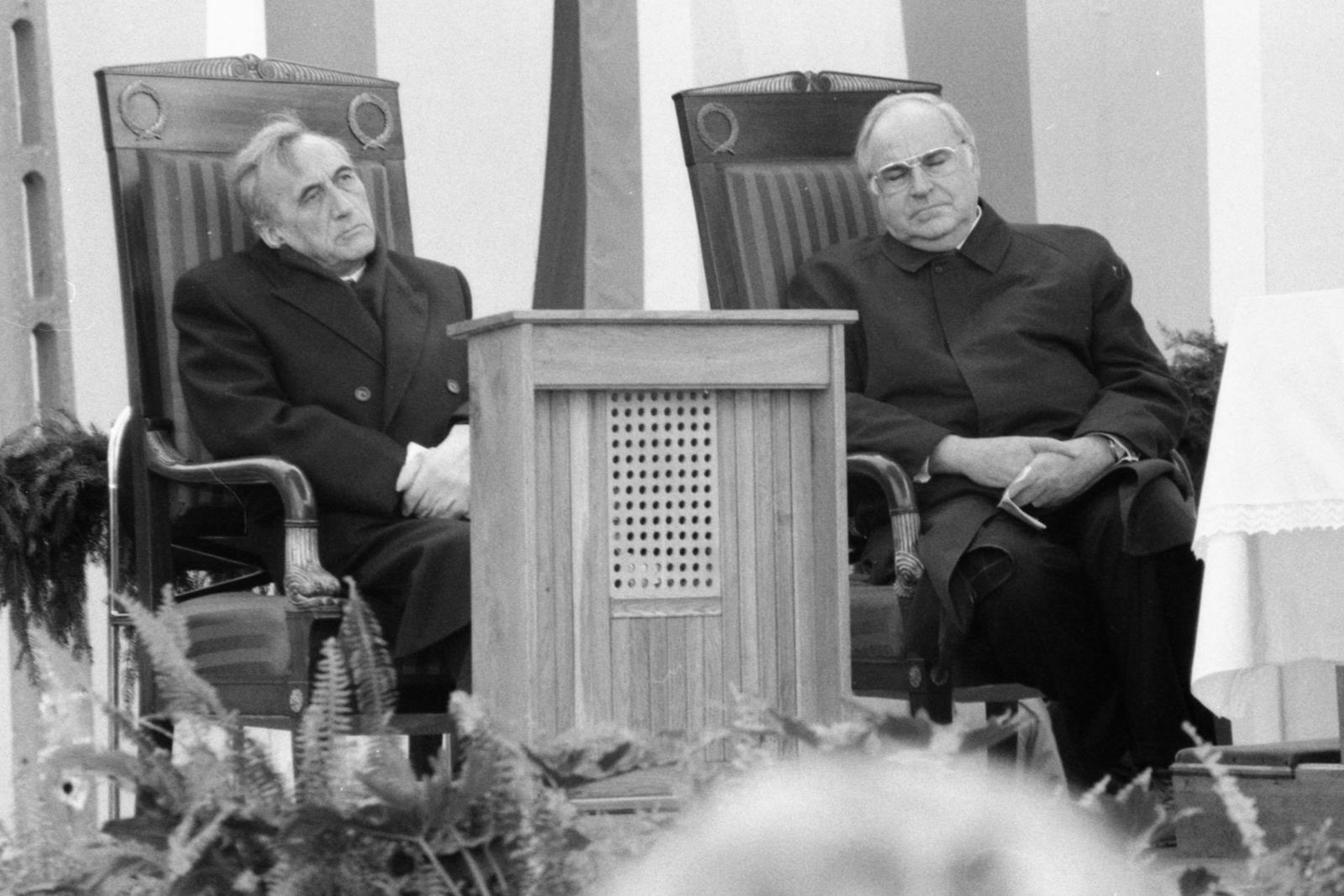 Gallery of archival photographs from the Reconciliation Mass

On 12 November 1989, in the courtyard of the historic Palace in Krzyżowa, a mass was held during which Prime Minister Tadeusz Mazowiecki and Chancellor Helmut Kohl, passing on the sign of peace, embraced each other as a sign of reconciliation. Probably few participants of this event knew that the service they attended would be remembered as a very important step in building friendly relations between the two countries.

The Reconciliation Mass, according to many observers of the event, was the beginning of a new chapter in Polish-German relations, but it was also the beginning of a new stage in the history of Krzyżowa. This place has been re-established in the wider consciousness and the values associated with the activity of its pre-war inhabitants could be remembered. This event also had a direct impact on the establishment of the Krzyżowa Foundation for Mutual Understanding in Europe and its mission and activities.

Read more: Gallery of archival photographs from the Reconciliation Mass