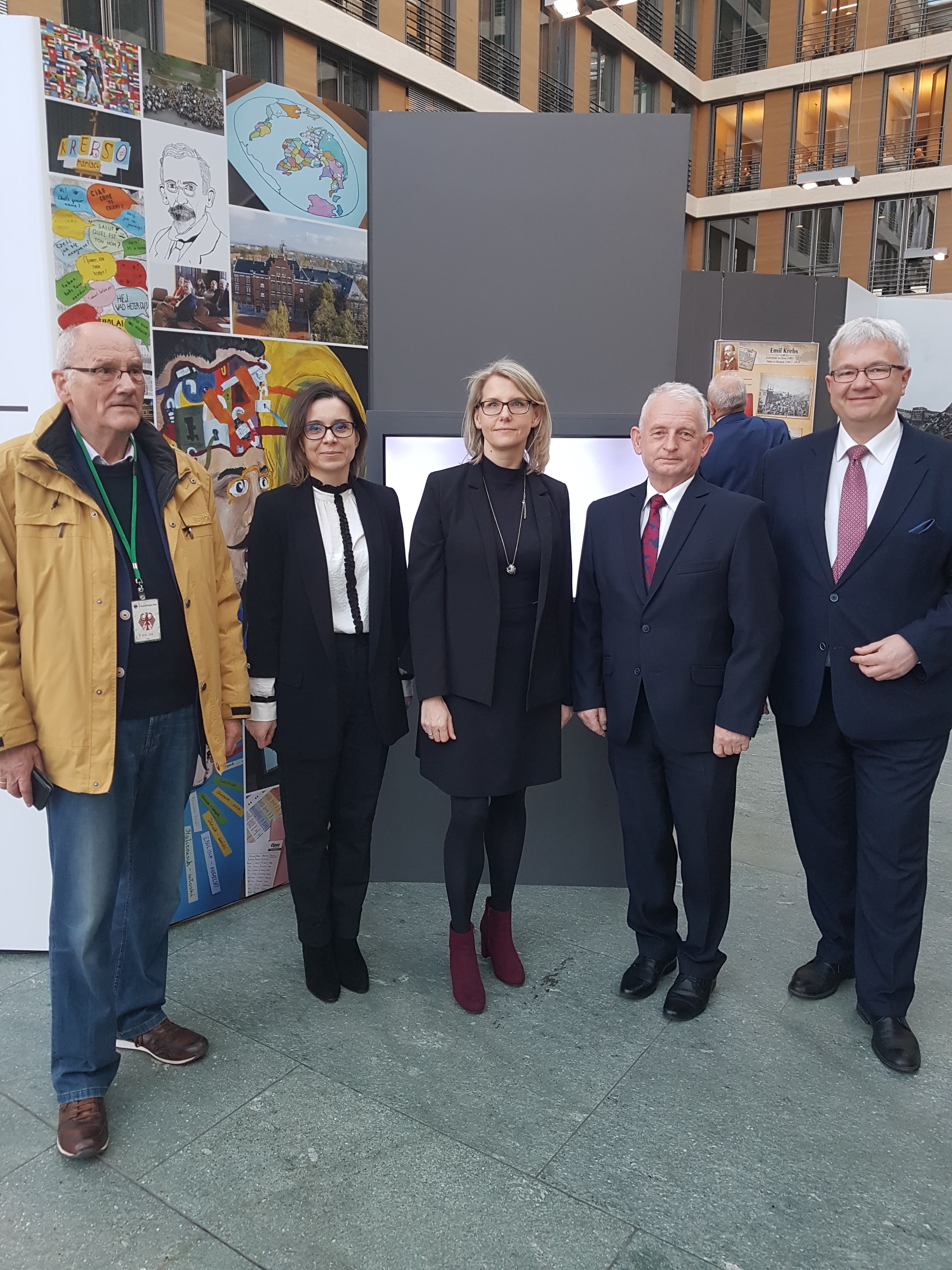 Opening ceremony of an exhibition about Emil Krebs in Berlin, 16.01.2020 (PHOTO)

On 16th January, in the atrium of the German Ministry of Foreign Affairs, the official opening of the exhibition "Emil Krebs - Ein Leben für die Sprachen / Emil Krebs - a life for languages" took place.

At the invitation of the German Ministry of Foreign Affairs, Aleksandra Królak-Wąsowicz, plenipotentiary of the Management Board of the Krzyżowa Foundation for Mutual Understanding in Europe, took part in the ceremony.

Emil Krebs (1867-1930) was a Silesian diplomat, lawyer and sinologist, who is considered to be one of the most outstanding polyglots of all time. He was born in Świebodzice, and in 1870 his family moved to Opoczka. In the years 1880-1887 he attended the gymnasium in Świdnica.

Throughout his life Emil Krebs worked in 111 languages, mastered 68 of them, and as a translator he spoke over 40 languages.

Read more: Opening ceremony of an exhibition about Emil Krebs in Berlin, 16.01.2020 (PHOTO) 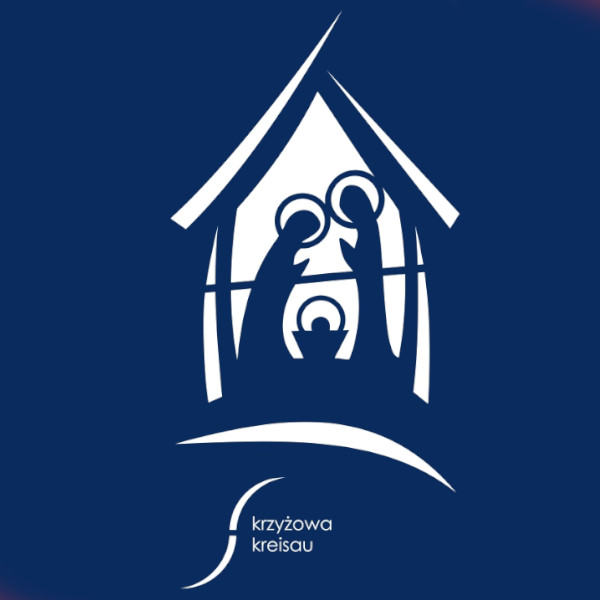 Thank you for your cooperation in the year of the Krzyżowa Foundation’s anniversary. Merry Christmas and a Happy New Year!

The Team of the Krzyżowa Foundation for Mutual Understanding in Europe 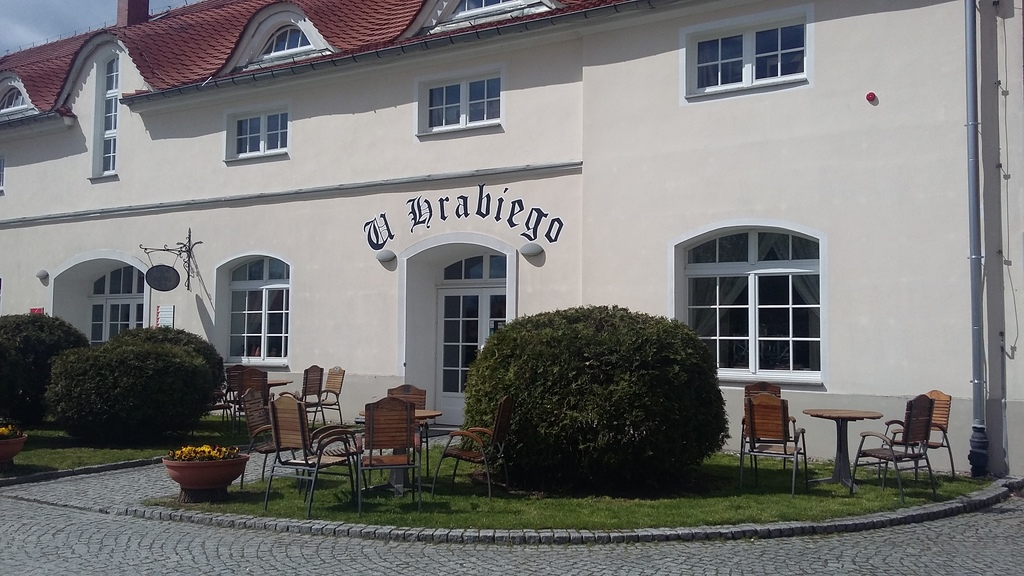 the working hours of the reception desk and the "U Hrabiego" restaurant will change during the holiday and New Year's Eve season.

From 12 December to 1 January inclusive, due to renovation, the "U Hrabiego" restaurant will be closed.

We are very sorry for any inconvenience. 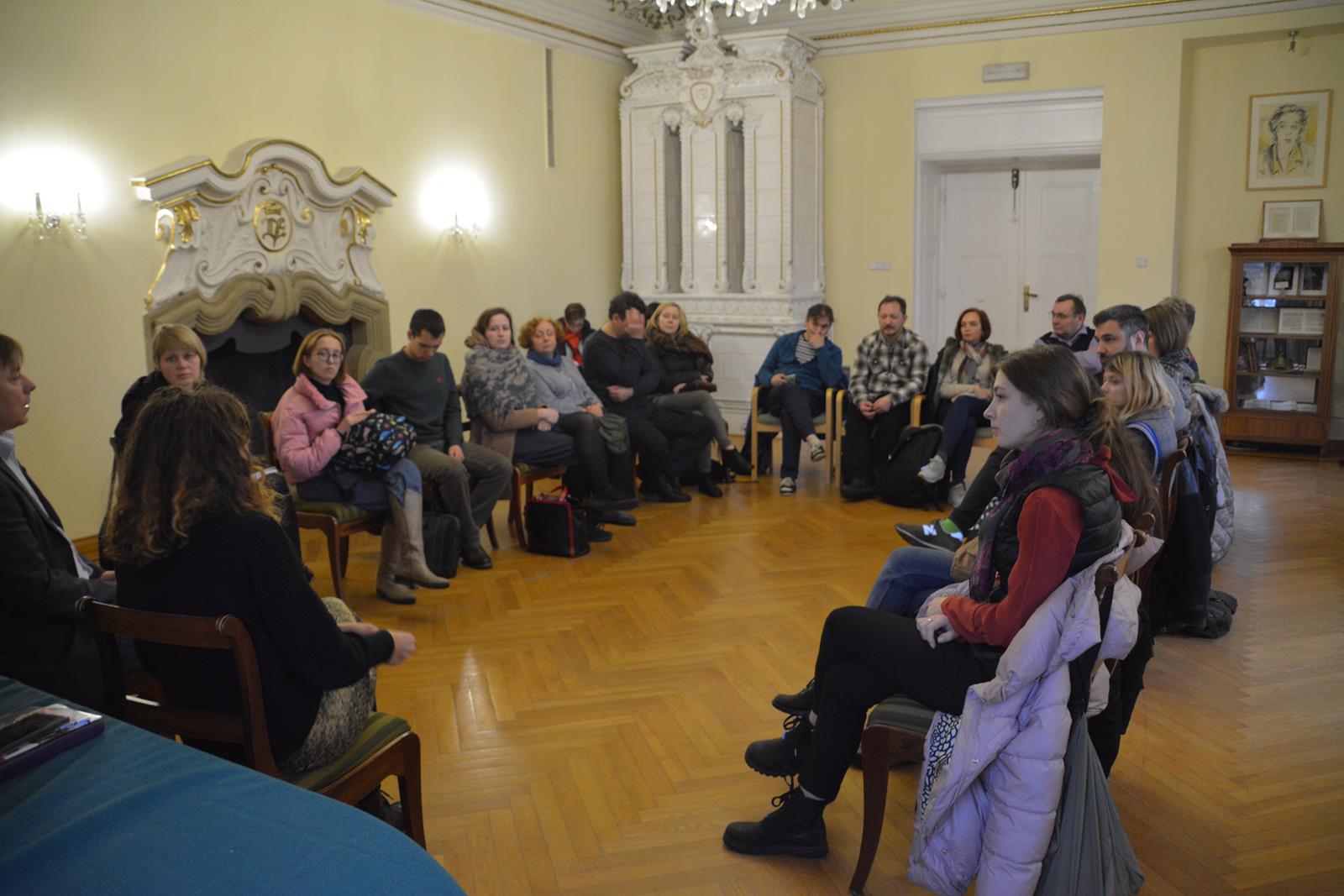 On November 21th, we hosted in Krzyżowa activists of civic organizations from 🇷🇺 Russia. The visit of the group in Poland was organized by The Jan Nowak-Jeziorański College of Eastern Europe and the Foundation for Leaders of Change.

Our guests took part in a guided tour, during which they learned about the history of Krzyżowa.

The Foundation's activities, its offer and methods of action were discussed during a meeting with Dr. Robert Żurek - Managing Director of the Krzyżowa Foundation and Liubov Shynder - Specialist on educational projects of the IYMC in Krzyżowa.

Cookies make it easier for us to provide you with our services. With the usage of our services you permit us to use cookies.
More information Ok