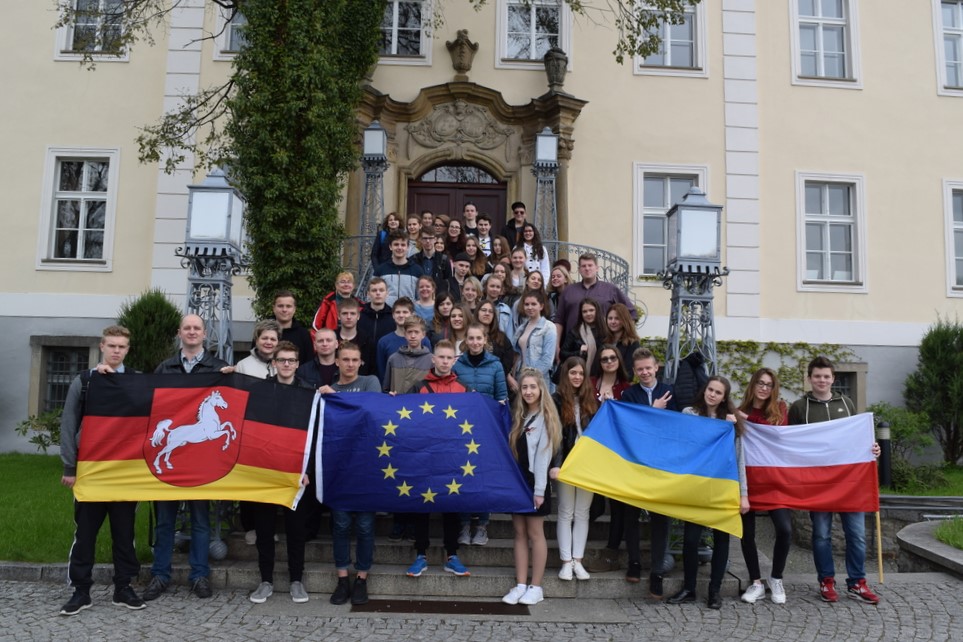 The European Commission has announced the list of winners of the 2019 Altiero Spinelli Prize. The Krzyżowa Foundation for Mutual Understanding in Europe is one of the 16 winners from all over Europe, thereby the first Polish organization in the history of this competition to receive such a distinction.

The Altiero Spinelli Prize has been awarded since 2017 and is a recognition of outstanding activities that promote understanding of the European Union as an integration project and its values. It focuses in particular on initiatives that help young citizens to engage in the democratic processes shaping the future of the EU. In the last edition of the Altiero Spinelli Prize, the activities undertaken in 2019 were assessed, and the work of the International Youth Meeting Center in Krzyżowa was recognized as outstanding in Europe.

Read more: The Krzyżowa Foundation is the first Polish winner of the Altiero Spinelli Prize 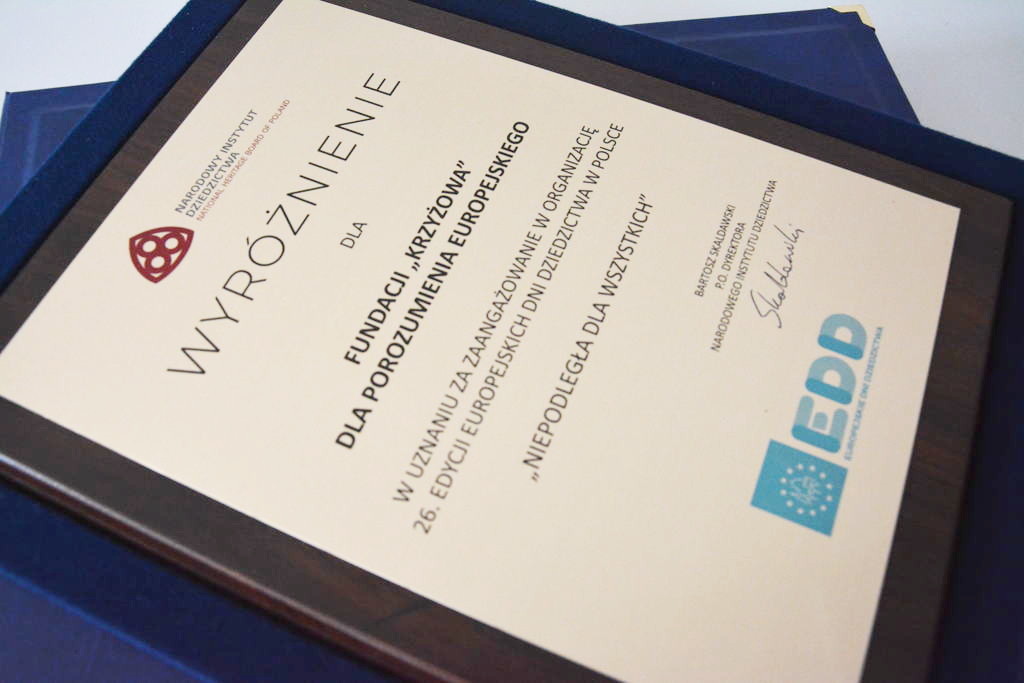 On 7 December 2018, during a gala summing up the 26th edition of the European Heritage Days, distinctions were awarded to institutions, museums, non-governmental organisations, people for whom history, monuments and culture are an important aspect in popularising and disseminating knowledge about cultural heritage.

We are pleased to announce that the Krzyżowa Foundation for Mutual Understanding in Europe was one of the honoured from the Lower Silesia region.

The theme of this year's edition of the European Heritage Days was "Independent for all! - a slogan referring to the 100th anniversary of Poland's regaining independence.

Read more: Award for the Krzyżowa Foundation for involvement and organization of the 26th edition of the... 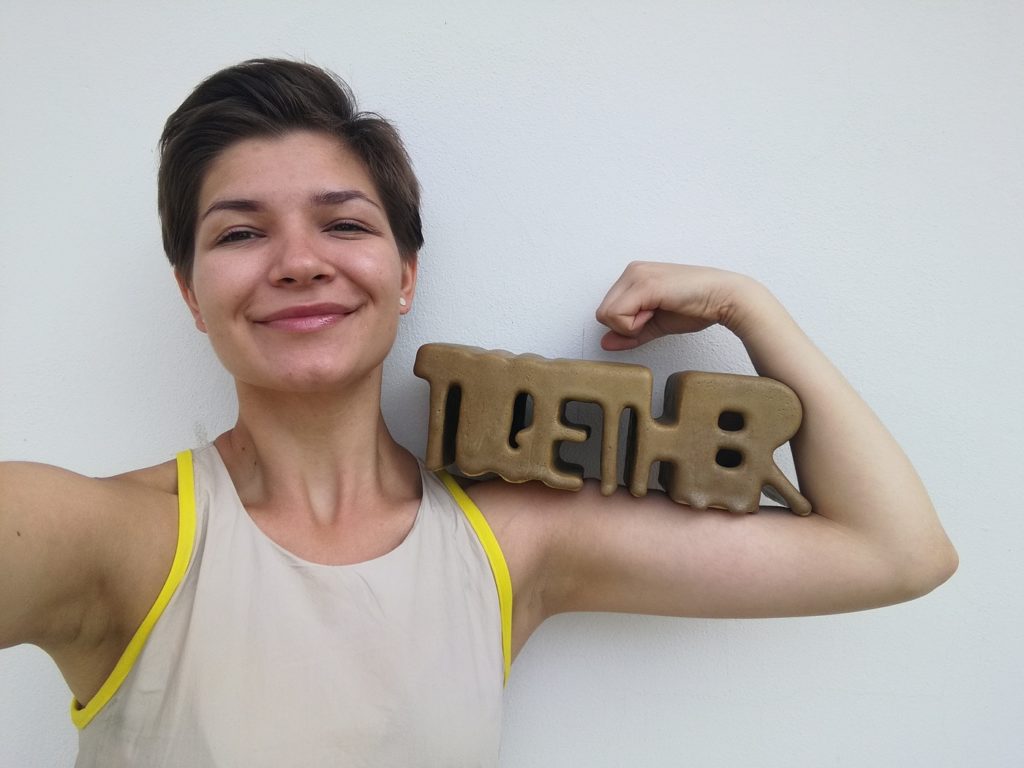 The project "MigrARTion", which took place from 18 to 27 August in Krzyżowa, was connected with the issue of migration and its experience expressed in various artistic fields. The project was realized by Polish and Ukrainian youth in cooperation with the Krzyżowa Foundation and Ukrainian NGO "Cultural Geographies". The project was attended by 21 people from Poland and 19 from Ukraine.

The participants of the "MigrARTion" project came from different regions, which was the main reason for their interest in the subject of migration. Both Poles and Ukrainians participating in the project were strongly involved in cultural and social life and wanted to present the migration process in Lower Silesia with the use of artistic means. During the meeting, the young people took part in 3 workshops, working either in a film group, or in a graphic or ceramic group. 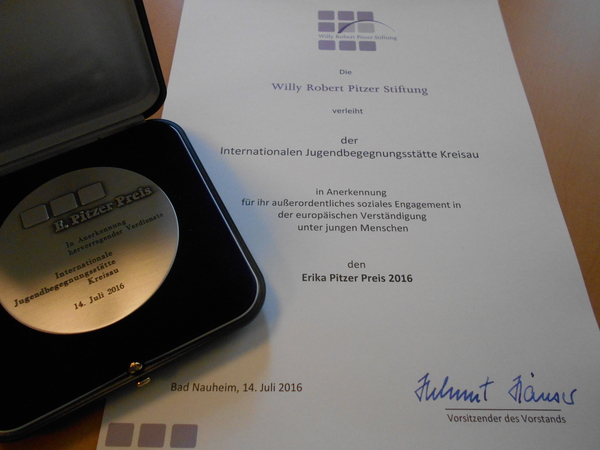 On 14th July 2016 in Bad Nauheim near Frankfurt am Main the ceremony of awarding the Erika Pitzer Prize for Mutual Understanding in Europe by the Willy Robert Pitzer Stiftung Foundation took place.

The Board of Trustees of the Willy Robert Pitzer Stiftung Foundation unanimously awarded this year's prize to the International Youth Meeting Centre in Krzyżowa in recognition of its commitment to building European understanding among young people. Dr. Helmut Häuser, Chairman of the Board of the Willy Foundation, Robert Pitzer Stiftung, in his welcoming speech, emphasized the importance of continuous work to bring young Poles and Germans together and build friendships. The award is to support and emphasize this work of Krzyżowa.

On behalf of the Krzyżowa Foundation, the prize was received by the President of the Foundation Council, Ms. Eva Feldmann-Wojtachnia.

The award was presented by the Chairman of the Beirate of the Willy Robert Pitzer Stiftung Foundation, Mr. Karlheinz Reichert .

An important element of the ceremony was Laudatio delivered by Professor Dr. Rita Süssmuth.