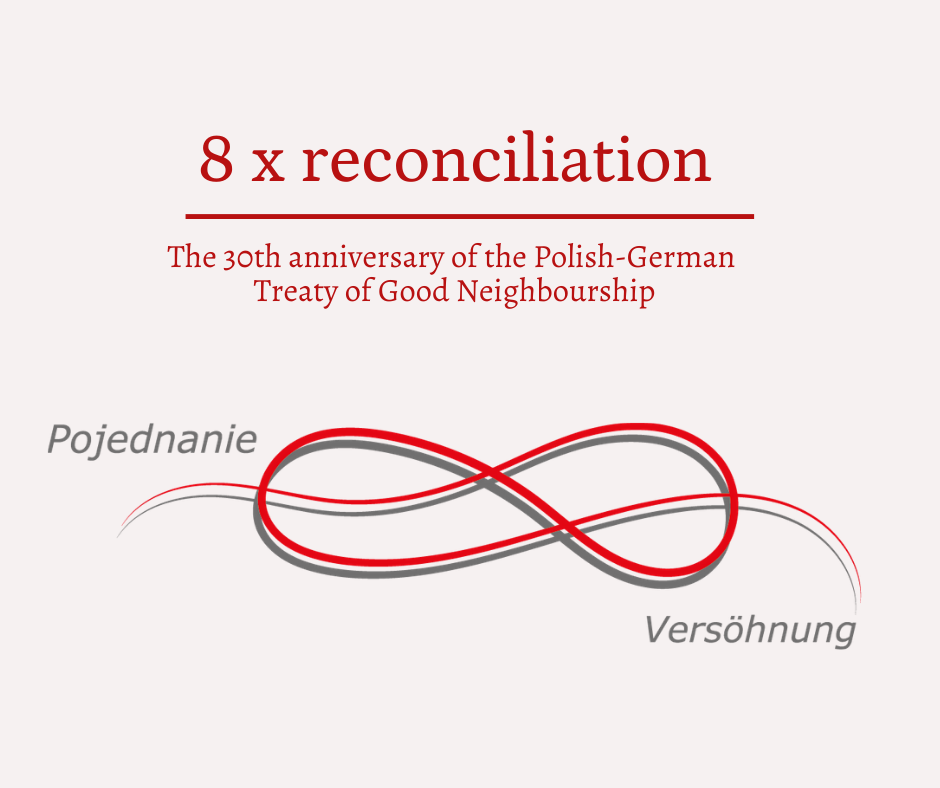 30 years of the German-Polish Neighbourhood Treaty || Conversation with Hans Jörg Neumann, Consul General of the Federal Republic of Germany in Wrocław since 2019, member of the Council of the Krzyżowa Foundation

The Treaty of Good Neighbourship, along with the Border Treaty of 1990, were milestones and new beginnings in German-Polish relations. The Federal Republic of Germany and Poland based their bilateral relations on new foundations. By recognising the border line, Germany ensured Poland's security. In particular, it should be emphasised that we promised to support Poland in its integration with the European Union and NATO. We thus emphasised that it is in Germany's interest to make Poland our partner and friend as our neighbouring country. The Good Neighbourship Treaty is therefore a very important element in current German-Polish relations.

30 years have passed. How do you assess the fruits of the treaty from today's perspective? To what extent have its objectives been achieved?

The first objectives, which included the integration of Poland into the European system and NATO, were achieved very quickly. It was precisely in that spirit that we founded the Weimar Triangle, which was also supposed to contribute to the rapid advancement of the integration process. In the meantime, we also managed to achieve the goal of economic cooperation. Poland is now the fourth or fifth most important economic partner for Germany, depending on how it is interpreted. For Poland, Germany has become by far the most important economic partner. Owing to large investments, German companies in particular have helped to create a strong economy in Poland. Poland has long since ceased to be seen as a supplement to German production capacity, something of which Germany was initially accused. Modern and efficient companies with highly qualified Polish employees have been set up in Poland, so that, especially in the economic area, Poland's integration into European structures has been an excellent success.

Also the relations at a social level must be emphasised. For example, we have several hundred partnerships between German and Polish towns. I see, almost every day, how well the partnerships work in my consular district - between Saxony and Lower Silesia, Silesia and North Rhine-Westphalia, Opole and Rhineland-Palatinate, Greater Poland and Hessen, and the Lubusz Region and Brandenburg. There are excellent partnerships between schools, fire brigades, as well as partnerships between public institutions and private associations. These are excellent changes, which are surely based on and draw from the spirit of partnership of the good neighbourship treaty.

30 years after the Treaty, we find ourselves in a completely different historical context. Poland and Germany are part of the European community. How do you perceive the role of the “Krzyżowa” Foundation and the International Youth Meeting Centre in the current context?

In my opinion, the Krzyżowa Foundation is a noteworthy and important element in the structure of cooperation, and supports mutual trust in various ways. Krzyżowa has developed magnificently. It has been supported from the very beginning by the Federal Government through the Ministry of Foreign Affairs and the Federal Ministry for Family Affairs, Senior Citizens, Women and Youth. These ministries support - sometimes with significant amounts of money - the maintenance of the properties belonging to the Foundation as well as its programmes. Poland has also made a material contribution in the past and seems, in principle, ready for further regular support of the Krzyżowa Foundation and its projects in the future.

While Germans perceive Krzyżowa as a very important place of resistance against National Socialism, on the Polish side the aspect of reconciliation between the two nations is in the foreground.

I really like that thanks to various activities, the Krzyżowa Foundation is becoming more and more known also in Poland. Here, for example, I am thinking about the "Krzyżowa-Music" festival. But above all, about the numerous youth meetings that take place there. Therefore, I believe that Krzyżowa occupies an important place in Polish-German relations. I especially like the fact that the programme of the Foundation is not limited to Germany and Poland, but that participants from Ukraine, the Czech Republic and other countries often come here as well. In this way, Krzyżowa plays an important role not only in bilateral relations, but also internationally. The federal government and, in the future, also the Polish government with greater intensity will make considerable efforts to support this.

In what areas is the current Polish-German cooperation particularly successful?

In addition to the economic aspects I have already mentioned, political dialogue is particularly important. Irrespective of the fact that we have different opinions on certain issues (for example, on war reparations or Nord Stream 2) or do not always share the same goals (for example, the shape of the European Union in the future), it is nevertheless important that we always remain in constructive dialogue with the decision-makers.

A lasting, particular bilateral success is that citizens of both countries are getting to know each other better. It has become normal for Poles to travel to and even work in Germany. But it is also wonderful that more and more Germans (also apart from those for whom the territory of today's Poland used to be home) are discovering Poland as a holiday destination and not only as an economic partner. And if you get to know your neighbour and talk to them - and not about them - you usually have a good relationship with them.

What objectives within the framework of the Polish-German neighbourship should become the priority for the years to come?

Strengthening exchanges at the level of societies should certainly continue to be a priority. Therefore, in order to deepen bilateral relations, the Federal Republic of Germany will continue to support partnerships between towns and regions, individual associations and the German minority in Poland as a bridge between the two countries, but above all, the youth exchanges.

And in my opinion we should take even better advantage of the Weimar Triangle, not only in the currently quite well-functioning social exchange, but also in the political sphere, because Poland, France and Germany, as the most populous countries in the European Union, play a particularly important political and economic role, and can and should therefore continue to give the European Union many impulses.

As a third priority, taking into account the importance of language, we should promote the teaching of languages more so that more Poles can speak German, but of course more Germans can also speak Polish, which - as I know from my own experience with the Polish language - is really not easy.

Interview conducted by the Newsletter Editors for a special issue published as part of the anniversary of the Good Neighbourhood Treaty.

30 years of the German-Polish Neighbourhood Treaty || Interview with Minister Krzysztof Kubów - Secretary of State, Head of the Political Office of the Prime Minister, Member of the Council of the Krzyżowa Foundation

This year, we are celebrating the 30th anniversary of the signing of the Treaty of Good Neighbourship. What meaning, in your opinion did this agreement have for the relations between both countries in that historic moment?

The agreement, in my opinion had, above all, a stabilising effect on the Polish-German relations. After some difficult and painful years, which were full of mutual distrust, it marked a new beginning for the course and pace of development of mutual relations. In accordance with its content and message, not only did we become neighbours, but also partners.

On 17 June 1991 the "Treaty of Good Neighbourship and Friendly Cooperation" was signed between Poland and Germany. In it, both sides expressed their conviction "of the need to overcome the division of Europe once and for all and to create a just and lasting peace in Europe", and committed themselves to realising the long-standing desire of both nations for understanding and reconciliation.

The Treaty on Reconciliation

The treaty mentions reconciliation eight times. Reconciliation is linked here to various aspects of German-Polish relations. The treaty postulates various forms of cooperation between the two nations to promote reconciliation and to ensure that it lasts, including a shared responsibility of Germans and Poles for peace in Europe, regional cooperation, cooperation in areas as diverse as the economy, cultural exchange or the promotion of people-to-people contacts between Germans and Poles, in which youth exchange plays a special role. 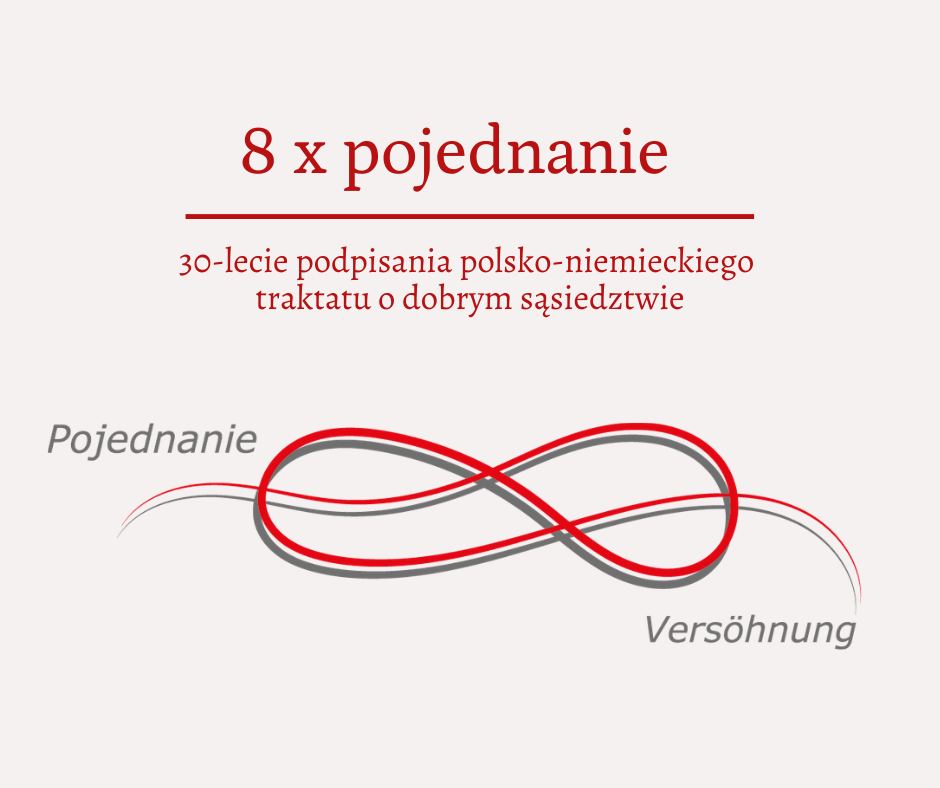 Even though the joint German–Polish Textbook Commission has been in operation for nearly half a century, one can still observe some asymmetry in terms of the information provided in textbooks about the neighbouring country, namely its history and culture of remembrance, on both sides of the border. Therefore, it was of paramount importance that the year 2008 saw the onset of the Textbook Commission’s work on the Polish–German history textbook for secondary schools in Poland and Germany.

In the first place, the curricula in Poland and in 16 German federal states were examined to determine the differences and similarities between them in the historical content taught at the primary and lower secondary school level, and then the actual work began. Following the last education system reform implemented in Poland, it was decided that the textbook being developed would be intended for primary schools (forms 5–8). In the summer of 2020, the publication of the last volume concerning the latest history marked the completion of the works on a 4-volume series of textbooks simply entitled Europe. Our History [Europa. Nasza historia], published by Wydawnictwa Szkolne i Pedagogiczne in Poland and by Eduversum GmbH in Germany. The volumes released earlier spanned the times from the prehistory to the Middle Ages (vol. 1), the modernity (vol. 2), and the period from 1815 until the beginning of the 20th century (vol. 3).