On Wednesday, 27 October, we took part in a special walk. We followed the 'Paths of the Senses', which were discovered and prepared for us by artists participating in the Krzyżowa Art Residency. Thanks to their sensitivity to art and nature, Leonie Löhr from Germany and Dawid Okoński from Poland noticed exceptional places in our immediate surroundings. They created a series of installations which formed the "Paths of the Senses".

At the end of their residency, the artists guided us through the area, presenting their works and the unknown image of Krzyżowa.

Read more: ||REPORT|| "Paths of the Senses" - a unique walk summarizing the Artistic Residency in Krzyżowa -... 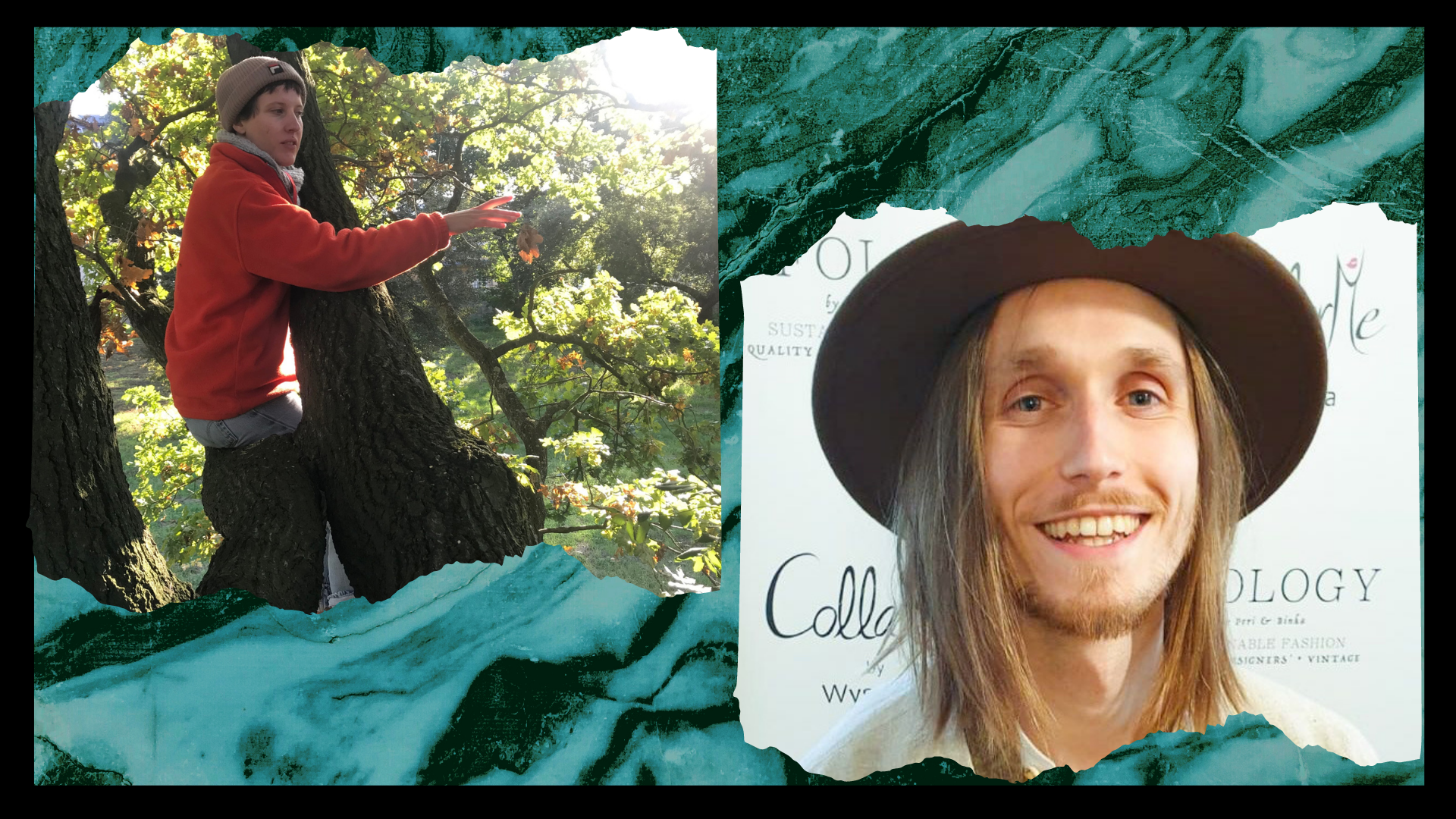 In October, the second duo of artists is working in Krzyżowa as part of the project “Sztuka. Land. Art. ", the aim of which is to create a form of artistic expression that combines the values ​​of nature with the social aspect. The joint work is created by Leonie Löhr from Germany and Dawid Okoński from Poland. Soon we will provide information about the vernissage, during which you will be able to see the effect of their work, while we present the profiles of the artists.

Leonie Löhr  born 1989 in Lindau, Germany, is a sculptor and designer. She specializes in designing wooden furniture, but is also interested in sustainable construction, using natural materials such as wood or clay, and the project of the artistic residence in Krzyżowa allows her to deepen these interests. When painting with tempera, her gaze is determined by color sensations and tactile perception. Sensitive life plans in the context of climate change and body perceptions in the action space “nature” are the interfaces of her artistic work. Leonie lives and works in Leipzig.

Dawid Okoński - Theater Artist, emphasizing the therapeutic aspect of expression and mutual interaction in his artistic activities. Co-creating a space for dialogue and acceptance. He draws inspiration from the sources of theater and an anthroposophical approach. In his research he pays special attention to penetrating the dreaming space. Passionate about nature, shamanism and a holistic approach to human health. He works with drama techniques, teaches mindfulness, co-creates meetings in a circle according to indigenous traditions and carries out his own artistic experiments, socially engaged. Currently, he is learning to look after the land in the Mountains and focuses his energy on sowing the seeds of creative and long-term initiatives embedded in Nature.

Read more: The second edition of the Art Residency project in Krzyżowa is underway 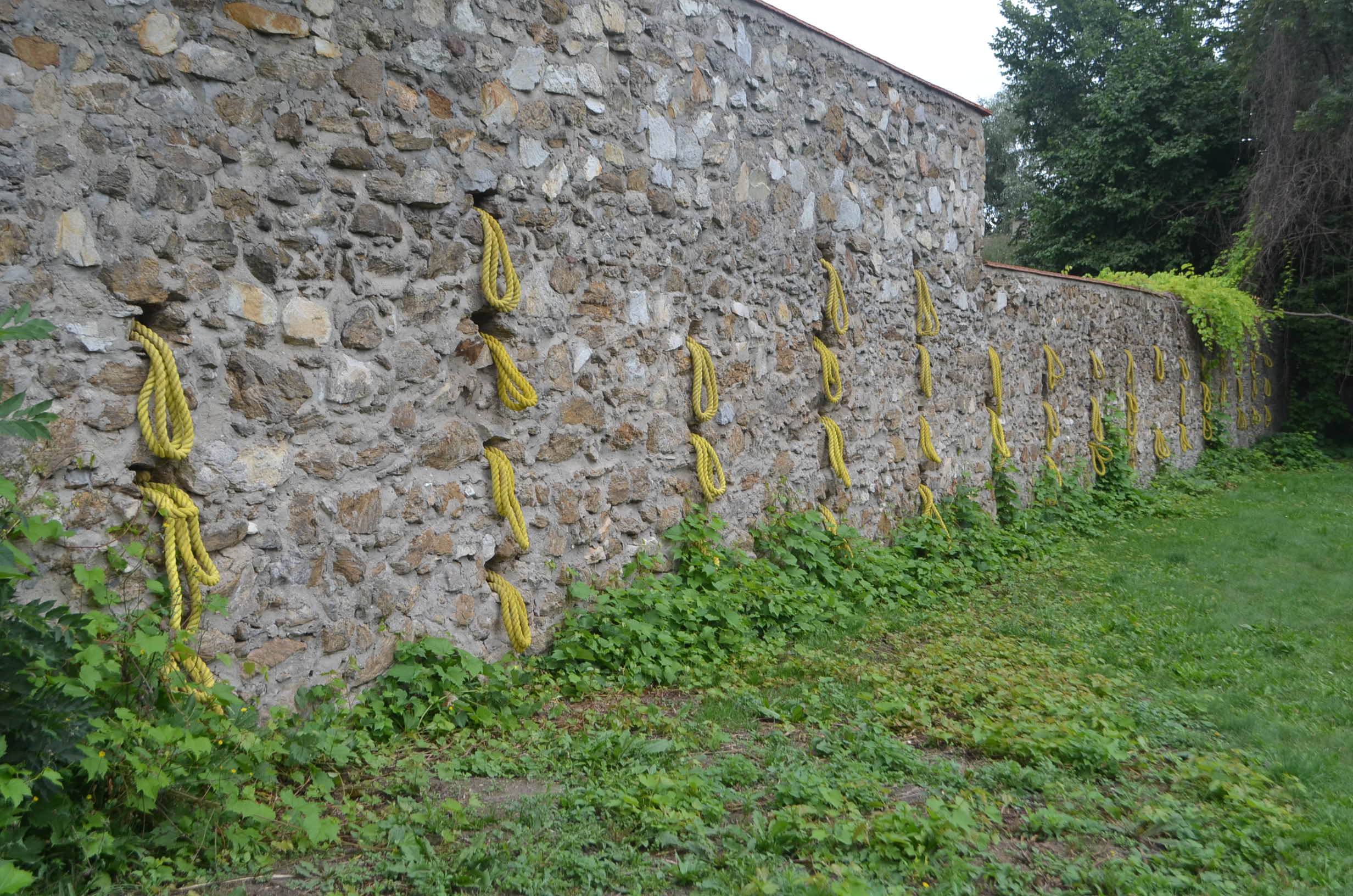 Today, an exceptional event took place in Krzyżowa - the vernissage crowning the first part of the Artistic Residence project "Sztuka. Land. Art." It was opened by Anna Kudarewska, program director of the Krzyżowa Foundation for Mutual Understanding in Europe, and was graced by the presence of Doris Wildemann from the Department of Culture of the Consulate General of Germany in Wrocław. The vernissage was also attended by the organizers of the ongoing Krzyżowa-Music Festival, employees of the Krzyżowa Foundation and the participants of the bicycle trip from Oświęcim to Westerbrock, "Terug naar Westerbork", who were visiting us.

Over the past few weeks, two artists from Germany and Poland - Elke Burkert and Jarek Lustych - have been working in Krzyżowa on an artistic statement that would combine nature with the social aspect. This is how the work entitled "Wall can do” was created. The artists decided to use in their work the wall located on the foundation's site, which is now practically useless. It inspired them as a symbol of a division that can be broken not by force, but by daily, repetitive and sometimes arduous work. Similar to what members of the Kreisau Circle did. They was seemingly divided, followers of different views, but worked together on the project of a new state without walls and divi-sions. 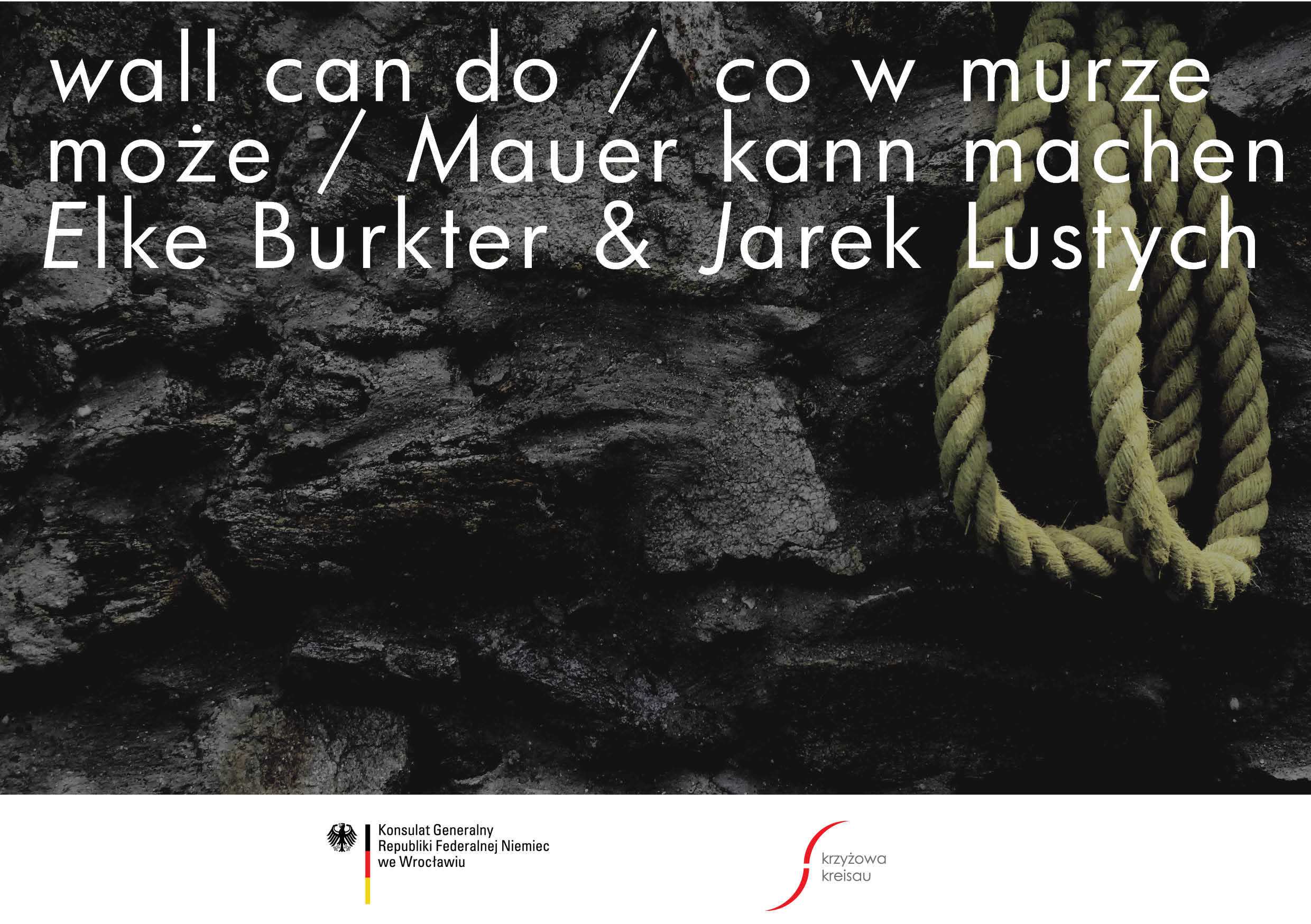 The Krzyżowa Foundation for Mutual Understanding in Europe invites you to a presentation of a work by the artistic duo - Jarek Lustych and Elke Burkert. The opening will take place on 23.08.2021 at 13.00 on the premises of the Krzyżowa Foundation. The work is a result of the first international artistic residency “Art. Land. Art” realized with the support of the Consulate General of Germany in Wrocław.

We would like to remind you that Krzyżowa is hosting the Artistic Residency project "Art. Land. Art."  Two artists take part in it - Elke Burkert from Germany and Jarek Lustych from Poland - who are working on a joint project.